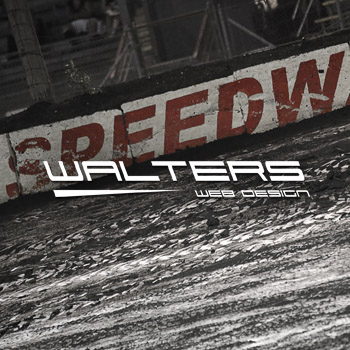 JANUARY 25TH, 2012 (ST. LOUIS, MO) The PCRA Dirt Late Model Series debuted on the racing scene in 2011. In one short year series founders Deane and Mark Voigt who is known by most as a dirt late model pilot himself, were able to establish Pro Crate Racers of America as the premier racing series in the midwest. Nick Lyons went on to grab the inaugural championship title, however the series is excited to return to the tracks in 2012.

The PCRA Series is happy to announce a new partnership with Walters Web Design and together we are pleased to release the dirt late model series website design. Please log on at http://www.PCRALateModelSeries.com to browse the new website.

Please check back to the new series website regularly for new announcements pre 2012 season. While an official event schedule has not been released you can expect one in the near future. Once the new season rolls to a start be sure to catch up on race results and reports as well as new photos that will be posted regularly.

Motorsports design team http://www.WaltersWebDesign.com the manufacturer of this new website is excited to announce the new partnership with Pro Crate Racers of America and we look forward to working with the series far into the future.

To learn more about sponsorship opportunities with Pro Crates Racers of America, please visit the series website for contact information. They would be happy to go in to detail with you about how motorsports marketing can help to grow your business.

About Pro Crate Racers of America
PCRA is a dirt crate late model touring series found traditionally at race tracks in the Midwest. The series was founded in 2011 by late model racer Mark Voigt and his wife Deane, both of which have been involved in the dirt racing scene for over 30 years. The series provides cost effective and professional touring competition.

About Walters Web Design
Founded in 2004, Walters Web Design specializes in motorsports website development and graphic design. We use advertising and social marketing to help facilitate visitors and potential customers to all our client websites. “We take pride in all of our customer websites and we want each design to be better than our last. We feel this is what has put us above all the rest in our industry.” Walters Web Design is pleased to partner with ‘Pro Crate Racers of America’ for the first year and we look forward to working with them far into the future.